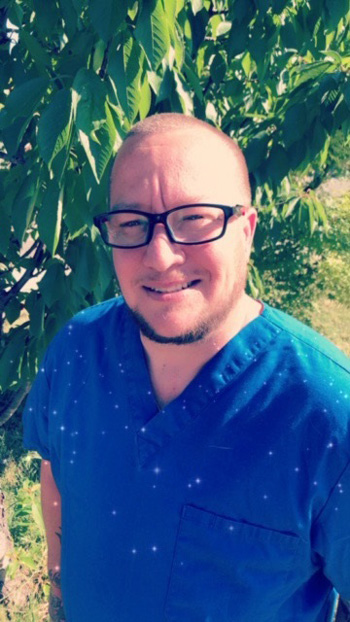 Logan’s story begins at a very early age. He was born a female, but by an early age, he knew that he did not want to be a girl. His father left when he was very young. As Logan grew up and announced at age 5 that he didn’t want to be a girl anymore, his mother kept dressing him in dresses, and his stepfather verbally and physically abused him.

By the time he was a teen, he was in the juvenile justice system. After numerous run-ins with the law, he became a ward of the state and was in and out of foster homes. At 14, he came out to his family. Because his family rejected him, he ran away to San Francisco. With no support, he became homeless and a drug user.

After some time on the street, he met an older woman and they fell in love. She took care of Logan but his addiction continued. Eventually, they moved to Sacramento. But even with the change in scenery, the internal struggle persisted. He tried to shape his female body into a male form and started dressing like a man. He was confused and ended up leaving the woman. He started living sober, but he was still living in the wrong body. He became angry at the world, depressed and anxious. Nevertheless, he settled into living his life. At 25, he met his wife, but still struggled internally about his identity. Logan researched and eventually found a doctor that started his transition process.

At 27, Logan had his first testosterone injection. He started to change physically, growing hair all over his body. A year later, Logan’s wife wanted a child, but she could not conceive, so Logan stopped taking injections and became pregnant, giving birth to a son at age 30. Providing for and protecting his son became his top priority, so Logan went to school and became a CNA.

During this time, he tried many times to get his GED, but always failed. He also went through a traumatic time of his wife abandoning him and an attempted suicide. While receiving medical attention, Logan was diagnosed with Borderline Personality Disorder. This gave Logan some comfort as he understood the sources of his anger and abandonment issues. It also pushed him to bring stability into his life.

He wanted to become a Medical Assistant, but he had no HSD. At the age of 42, Logan hired a tutor and was finally able to get his GED. He finally enrolled in the Medical Assistant program at Charles A. Jones Career and Education Center. His time at CAJ was difficult. Although now clear in his identity as transgender, his wife left him and he had to raise his son while continuing in the program. He lived on unemployment the entire time. At many points, he wasn’t sure how he was going to make it, but after all the struggles in his life, he was committed to his calling as a Medical Assistant.

Logan graduated as a Medical Assistant in 2019, and now works at the Sacramento Native American Health Clinic. He works with patients in the Trans Clinic, as well as with patients with Hepatitis C and various addictions. It is important for Logan to care for and encourage patients who lack confidence and self-worth. He brings empathy and compassion to his work. He also hopes to continue his education in the future.

Logan says, if it were not for Adult Education and Charles A. Jones Career and Education Center and the Medical Assistant Program that gave me the chance to prove myself, believe in me, took the time to listen to me, and gave me all opportunities to succeed, I would not be where I am today.